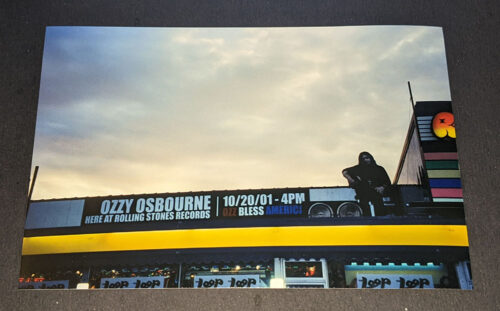 Who would have thunk it…Ozzy freakin’ Osbourne was going to do an in-store for his new album Down to Earth. The only catch, you had to be one of 1,000 to get a wristband a few days before the meet and greet. You were not allowed to have anything signed, but you would have a Polaroid picture taken with Ozzy. Pretty cool I thought! Rolling Stone Records had the new album available at 11:30pm on the Monday before the release date, October 15. My friend Kim and I met there, bought the CD and received our wristband. Basically we were told, No Wristband, No Meet Ozzy. I listened to the CD on my way home and really liked what I was hearing.

Finally the day came. I found a place to park (3 blocks away) and I started walking towards the building. Man alive, there were SO many freakin’ people in line it wasn’t even funny. The line went WAY down the sidewalk too which is where my wait began. Near the door and into part of the street, I noticed they had ropes set up similar to waiting in line for a roller coaster. My friend Kim couldn’t get in line at the same time I did, so I more or less people watched for a couple of hours. Which let me tell you, there was quite a lot to see.

Towards the 4pm start time, everyone was getting pretty restless. Eventually Ozzy showed up and they started letting people in. Well, this is where it got crazy. People were literally climbing over the ropes and rushing the door. Security tried to regain order but basically there was a big blob in front of the door. I will admit, I climbed over a rope or two but it didn’t really get me any closer to the door. So I waited, and waited and oh what’s that, I can take two steps? Okay, and I waited some more. There were so many people in line!

When Kim showed up, I was too close to the door, and in a single file line, to let her cut in without being caught by security so she ended up somewhere at the back. I swear it must have taken an hour for me to reach the door from the time Ozzy showed up. They were only letting in a handful of people at a time and you could not take anything with you inside. No purse, no bag, no nothing. I left my bag on the “secure” table and walked in with a group of people.

There was a huge Ozz Bless America flag, with the album cover where the stars would be, as a backdrop and in front of that was Ozzy’s throne. At first he was sitting and people would walk over to him to get their picture taken but eventually he stood up and greeted everyone.

Since I was now closer to the front of the line I noticed that the process seemed to be moving VERY quickly. People were trying to tell Ozzy things and it was more or less “you’d better smile pretty fast with Ozzy because it will be over before you know it.” One guy was so wrapped up in telling Ozzy how much he loved him that they took his picture when he wasn’t even looking at the camera.

I was now a couple people away. Wow…I was about to meet the “Prince of Darkness.” I couldn’t believe it and yet I was hardly nervous. How could this be? I thought about what I wanted to say but I usually got “star struck” in these situations and things would come out of my mouth that I had no intention of saying. Well, sure enough, it happened.

I walked over to Ozzy, shook his hand, smiled at the camera and was more or less told to keep on moving. As I was being directed on where to exit, I just barely had my one chance to say something “cool” to Ozzy, but it came out like this instead, “Keep up the good work.” I don’t know if he heard me or thought I said something else but he just gave me a funny look. Wow, where did THAT come from? Ugh, I’m such a dork! haha I was handed my Polaroid and a sheet of Ozzy tattoos. I remember people at the beginning of the line ended up with Holy Water but they were now out of that.

As I left the building they cut off my wristband. This kind of sucked since, of course, I wanted it keep it. But also, I knew they didn’t want people getting back in line or trying to give it to someone else. I picked up my bag and went to look for Kim in line. I showed her the picture, gave her the rundown and told her to call me after she met him. All in all, even though the experience was no longer than about 8 seconds, (I’m not kidding here) it still was pretty amazing to meet THE Ozzy Osbourne! 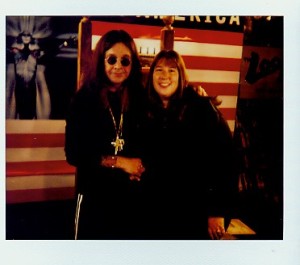 Ozzy and Me
(he’s shaking my hand in the pic) 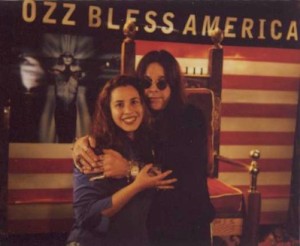 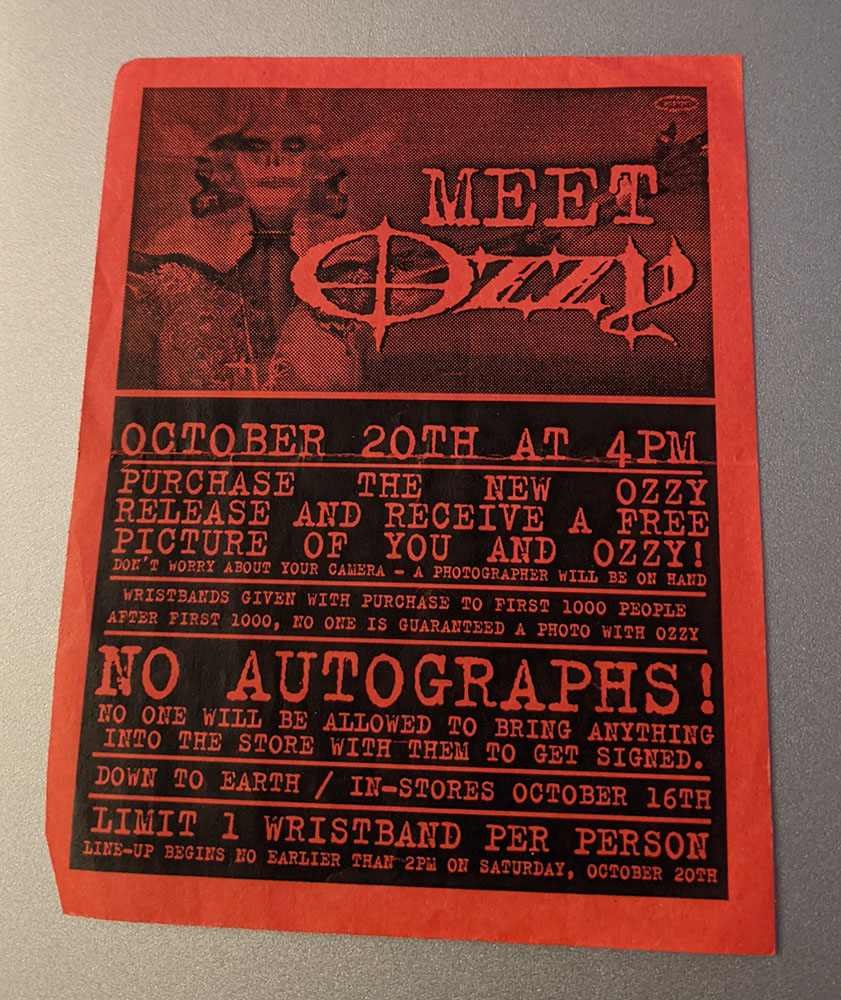 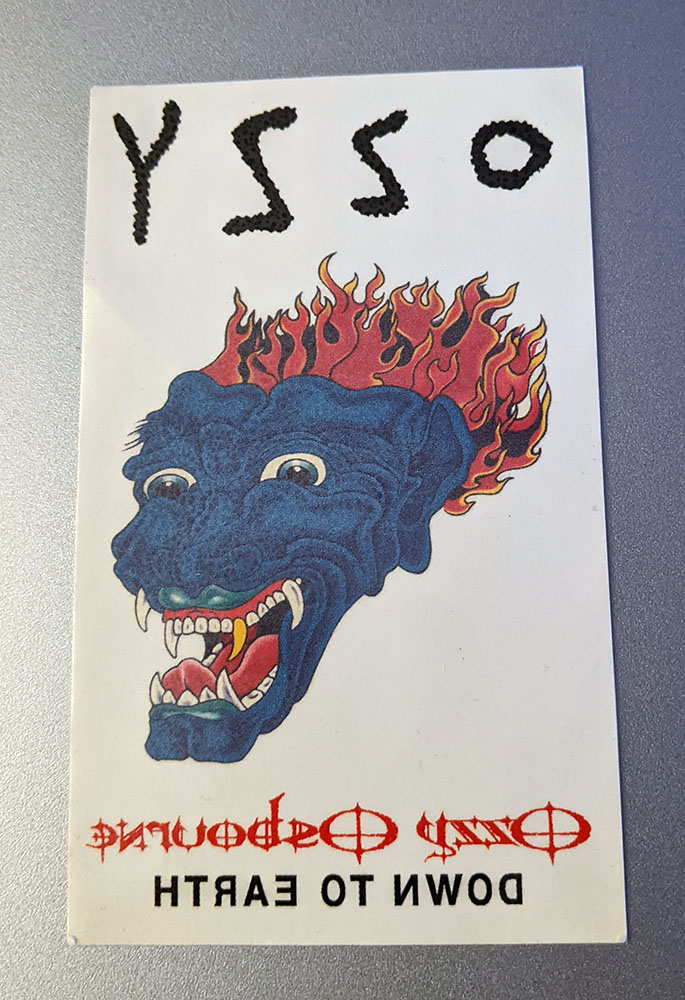