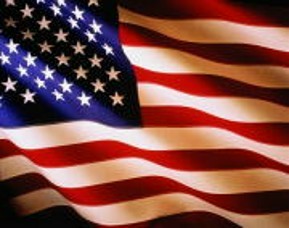 The events that happened on September 11, 2001 are something I will never forget.

It was a Tuesday morning like any other morning. I was driving to work and listening to my favorite radio station. The DJ had announced a prank was going to be played soon. I wondered what idea he had thought up now.

As I was getting off the expressway and heading for my office building the DJ and others said that an airplane had crashed into the World Trade Center. I thought, “WHAT? Not possible.” Was this the prank?? I immediately started flipping to other radio stations to find out if anyone else was talking about this. Sure enough, I found two other stations who mentioned the same thing. I didn’t know what to think, but I couldn’t believe it. I flipped back to my radio station. The DJ and crew were watching a local news channel when all of a sudden they announced that another plane had crashed into another Tower. I still couldn’t believe what I was hearing. Being in my early 30’s the most tragic event I remember was in my Sophomore year of high school when the Space Shuttle exploded.

I walked into work in a daze. I immediately tuned in a radio station for more information. One by one word of mouth spread throughout my office building. No one could believe it. Later on that morning I went to watch an update on a TV in one of the conference rooms. There were maybe 15 people in the room with me. Everyone stood or sat in a chair in utter silence. Everyone was in shock at what they were seeing. Hearing about the attacks was one thing, but to actually see it on TV was another. I couldn’t help but cry because of all those people who lost their lives. It was horrible. Later on, hearing news of the Pentagon attack and the plane in Pittsburgh going down made me start to wonder…was there more? The Court House across the way was being evacuated. I called my son’s school. They were not informing the children (he was in 3rd grade), only the teachers. If any parents wanted to pick up their children, they could. I decided I would stay at work. But in the back of my mind, I still wondered if it was over.

For two weeks after that tragic day, I could not help but cry every time I heard people telling their stories on the radio or TV. I even cried when I was sent an email filled with pictures of people all over the world showing their support with their memorials of flowers, candles, signs and flying our U.S. Flag in their country. Even though I was not directly affected by this tragedy, I could not help but grieve for all those who were.

Within a couple days after 9/11, I began to notice more and more homes and cars showing their support of America, and all those who suffered, with the Red White and Blue. I also noticed stores playing their part in showing their support. Instead of filling their signs with the weekly special, they told words of encouragement and hope. These pictures are what you see below.

Take a moment to remember those who died and those who gave their life to save others.

To this day, the flag I originally put in my car out of respect of the events that happened on 9/11/01, 11 years ago, is still in my car. Yes, it’s a little worn from the sun, but it’s my reminder. It really is hard to believe it’s been 11 years now, but this tragedy is something that I will never forget.

(I eventually sold my car and I put the very faded flag in my extra bedroom; something I always see when I walk into the room.) 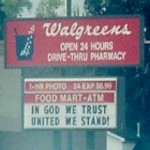 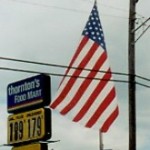 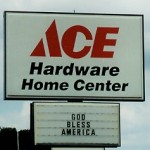 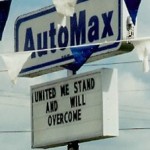 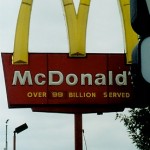 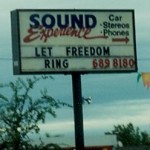 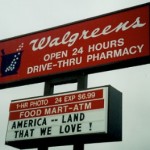 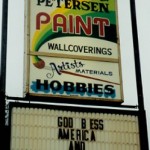 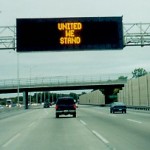 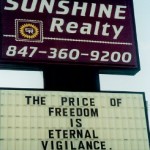 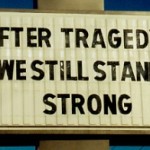 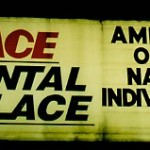 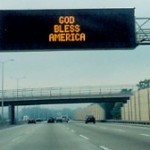 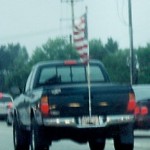