Tesla at The Rave in Milwaukee February 21 2001

I have been a fan of Tesla since their first album, Mechanical Resonance, and kept up with all of their releases through the years. However, I didn’t see them live until 1995 when they opened for Lynyrd Skynyrd at Rosemont Horizon. Of course, the band didn’t do much right after that tour which brings us to the RePlugged Reunion Tour. YES! The band was back together AND touring.

My husband and I decided to see them at The Rave in Milwaukee and it was amazing. They played all the songs you love to sing along with plus my fave Tesla song, What You Give, which includes a lyric that has stuck with me for a very long time, and something I try to live by: “It’s not what ya got, it’s what you give.” (View the set list below)

Another cool thing about this show? I won a M&G with the band through my local radio station, 95.1 WIIL. I picked up my pass at Will Call prior to the show and waited around after the show with a group of other people, to meet the band. Luckily we were inside the building and didn’t have to deal with the weather or waiting around on the sidewalk outside the venue. Those who know, you know.

I should add, I technically met Jeff Keith and Tommy Skeoch back in January when I saw them perform as Bar 7, but this time I was meeting them, and the other guys, as Tesla. Oh and in 1998, I saw a couple Moondog Mane shows as well (with Frank Hannon) but never met him. Gotta love those side projects!

There was no table or line to stand in, you just found a guy and waited your turn. I brought my “The Best of Tesla” CD with me and had everyone sign it. First up was Tommy Skeoch, Jeff Keith and Troy Luccketta. Everyone was really nice and posed for a picture. Once I found Frank Hannon, he had a mob of people around him, including someone who had him sign their guitar. I had him sign my CD and he also took a picture. Frank was super nice. I had to track down Brian Wheat but I found him in one of the backstage rooms. All in all, it was a GREAT night for Rock ‘n’ Roll!

Below are photos originally taken with my P&S film camera. Click on photo to view larger size. 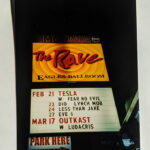 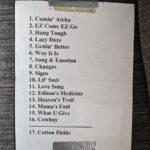 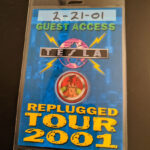 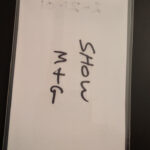 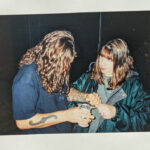 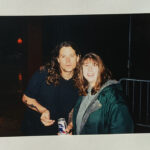 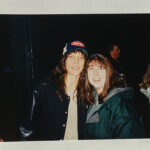 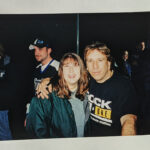 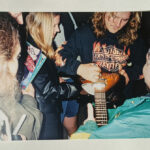 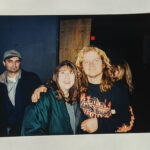 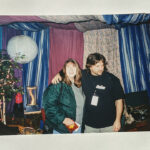 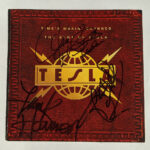 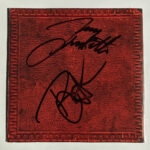