Like much of the rest of the internet, I just found out Chuck Berry passed away today. Chuck Berry’s music has been a part of my life for, man, probably as far back as 12 years old. Not exactly sure as those days were so long ago, but for sure within a couple years if not. My dad had a 45 record of My Ding-A-Ling / Johnny B. Goode and I remember my brother and I playing it a lot. 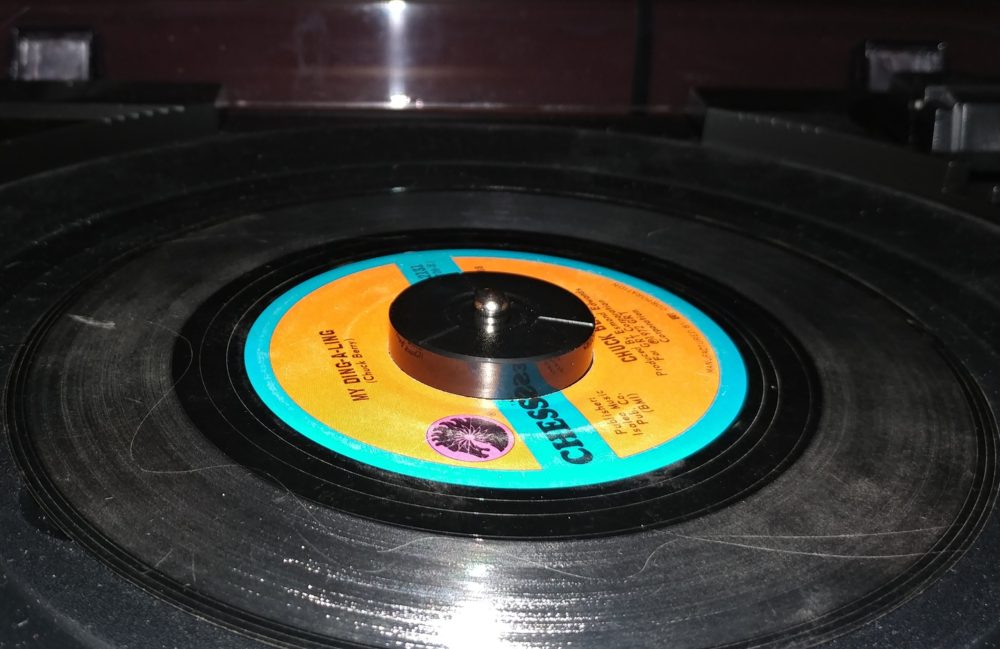 Much later on, my dad gave me his old records and I was surprised to have this very 45 roll out of The Best of The Animals record sleeve. Another album I remember playing a lot. If you look at the My Ding-A-Ling side here, there are a lot more scratches compared to the previous side. OOPS! 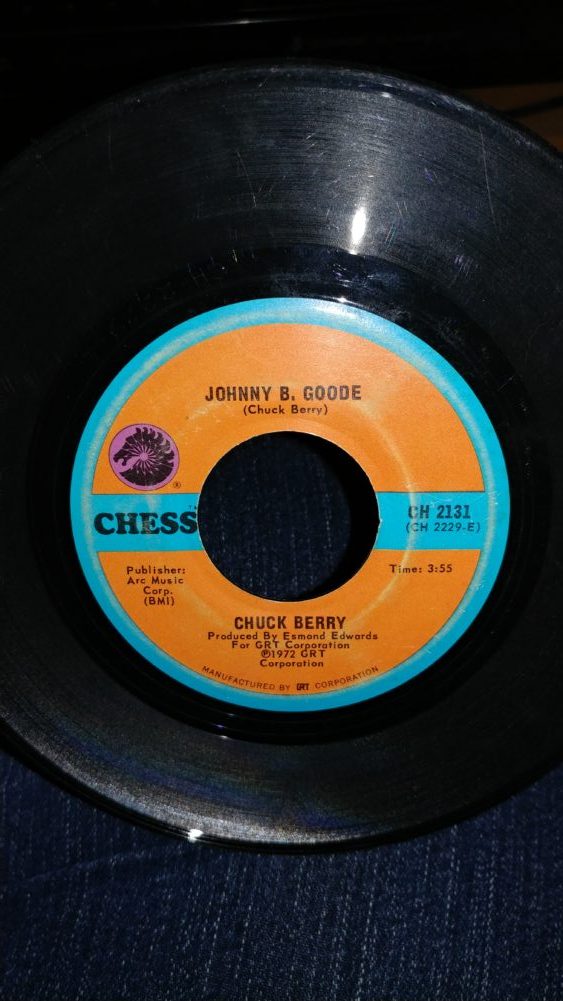 Just played it again. Aside from one skip, it plays pretty well…loud pops and all! haha I found audio of these songs on YouTube and they can be heard below. Both songs are live versions from Lancaster Arts Festival in 1972.

Chuck Berry had SO many great hits over the years. There are 28 of them on the release of the aptly titled, The Great Twenty-Eight. Oh and if you’re never seen the 1987 documentary Hail! Hail! Rock ‘n’ Roll, do yourself a fave and watch. He was one unique guy. There’s a great piece on his history and career on Billboard.

While I never saw Chuck Berry live, his music will live on with me forever.

My Ding-A-Ling Live At The Lancaster Arts Festival/1972

Johnny B. Goode Live At The Lancaster Arts Festival/1972