Skip to content
Home Updates 2015 Updates April 4, 2015: I was Gifted a Glass Slide by Keith Nelson of Buckcherry

April 4, 2015: I was Gifted a Glass Slide by Keith Nelson of Buckcherry

Last week I thought it would be fun to take a trip down memory lane by posting old photos leading up to what would be my 30th Buckcherry show, which was this past Saturday April 4. Overall, the night couldn’t have gone more perfectly. It was a GREAT show!! However, I got the shock of my life during the first song.

During Lit up, Keith was playing slide in front of me (yes, I was front row). After a quick stopping point in the song, he handed his glass slide to me.

I thought to myself, “Did that really just happen?” After being stunned momentarily, and looking at my friend in shock, I put it in my pocket and watched as he continued playing slide with another one.

During the night, he also played his Mother of Pearl guitar, among others. Been a while since I’ve seen that one!

Anyway, I’m still speechless over Keith’s generosity. What an awesome surprise for my 30th Buckcherry show! Here’s to 30 more!! 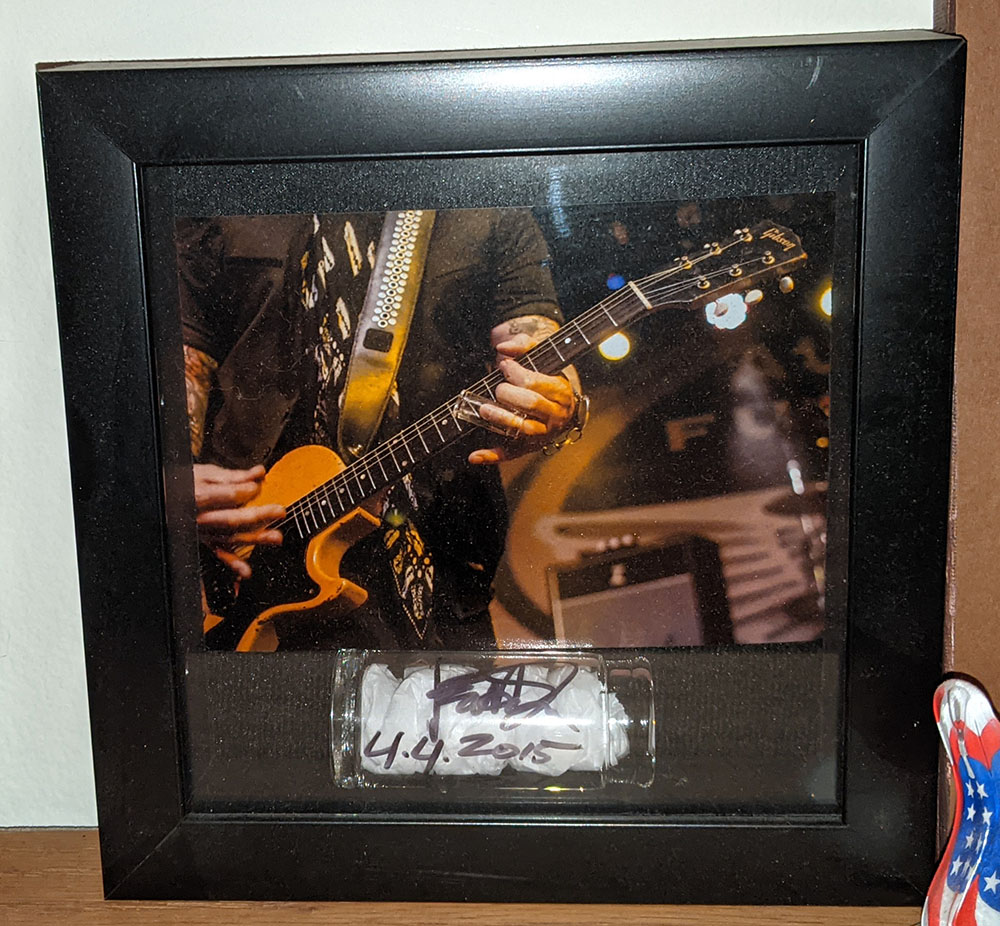