As much as I would have loved to have been there, the timing just didn’t work out. So instead, a few thoughts.

2nd, this is a big deal! It’s not easy for a band to last 20 years in the music business. Hell, even lasting 5 years can be a difficult task especially since I often wonder what happened to some of the bands I’ve seen in the past.

Third, Royal Bliss have pretty much seen it all and been through it all. While I can’t really speak on their early days based on my own experience, (I didn’t see them live until May 2009), you can look on the internet for old stories on the history of the band. However, based on the years I have seen them live…What. A. Ride.

Not that I could ever capture into words everything they have dealt with over the past 20 years, but I’m going to take a stab at it.

It all starts with the music. Writing, recording, re-writing and even collaborating with those outside of the band. Their music over the years has spoken to so many in the form of multiple albums, EPs and singles. Not to mention countless hours practicing and memorizing lyrics and gear bought and sold. Oh and what about those on-the-fly, made up songs by Neal? Priceless. Major labels and Independent and radio play. The videos.

There’s the friendships within the band, with the road crew, TMs, producers, engineers, radio station DJs, promotors, venue owners, other bands and countless other show related interactions across the country. The transitions due to lineup changes. Each member, both past and present, leaving their mark in one way or another. The sacrifices of leaving family and loved ones for periods of time.

The joy and headache of traveling in a variety of different modes of transportation; van, RV, multiple buses, a moving truck, another band’s bus, borrowed vehicle, or the mother of all, a Prevost bus. Hot weather, freezing cold temps, broken heaters and air conditioners. The many miles of road traveled from city and city and state to state, not always having the time to stop and smell the roses and only a view out of the vehicle side window, while racing down the road to get to the next destination. On the flip side, there were activities they did make time for that didn’t involve a stage or an instrument, but food and drink, sunshine, being on or in the water, golfing, and more. Good times with good people.

The performances in countless dive bars, G.A. and seated venues, at festivals, radio stations, live TV performances and more. Electric and acoustic sets. The number of songs played and set lists written, the merchandise designed and sold and the promotional flyers and posters created. The lack of sleep, late nights and early mornings. Food from gas stations, truck stops and venues, eating on the run and seated at a table. Cheese curds. Cannot forget the cheese curds.

And last but not least, there are the fans. How many tickets sold, handshakes, hugs, conversations, laughter, beers (definitely more than 10,000), tears, marriage proposals, meet and greets, autographs given and photos taken have there been? I wouldn’t dare try and guess.

Bottom line, not only has the music of Royal Bliss been a part of my life for the better part of 9 years, it’s been a part of a lot of people’s lives at various different times during the past 20 years. Hell, I’m sure there are still people discovering them for the very first time. I’m grateful for the numerous live shows I’ve seen, conversations I’ve had, the countless memories made and the amazing experiences.

Over the past couple of years, when Royal Bliss have celebrated their band-iversary, I have shared photos I’ve taken from one of their live shows. Today, I’m sharing photos of a different kind that I took back in May 2015. The guys in RB were kind enough to let me tag along for a few shows, take some photos and interview them for my site, MomentsInSound.com. The experience was an eye opener (you really do lose track of what day it is! haha) and I saw a side of the band that made me even more appreciative of what they go through to put on a show for the fans. 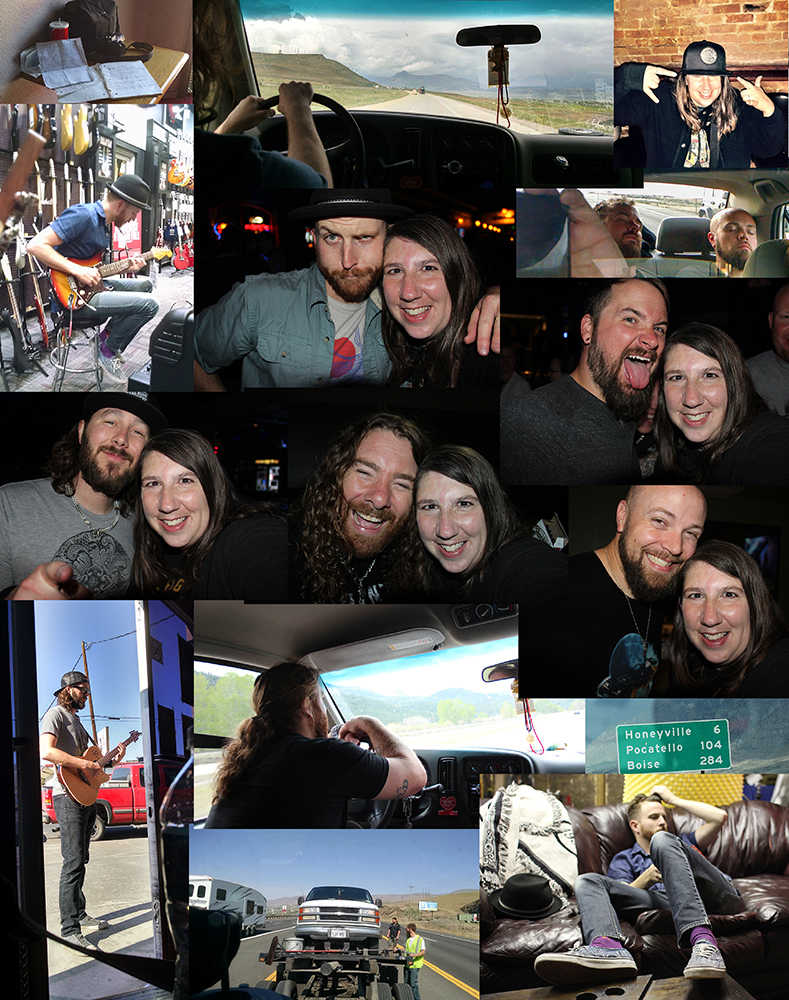