Hard to believe, but I hit another major concert milestone.

Now while I still think it’s insane that I’ve been to 700 concerts since I attended my first show back in April 1986, I will say this….I go to shows for the love of music and to support the bands I like. I’ve seen some pretty amazing bands (although, I’ve also seen more than my fair share of crappy opening bands!), some pretty amazing performances and I have a ton of memories from these shows. I also need to add that I’ve met some pretty awesome people over the years.

Bottom line, music will forever be connected to my life and I can’t wait for my next show…which is never very far off!

A couple weeks ago I had an unexpected opportunity! Check out my interview with Mike Portnoy for Unsung Melody! He has a new band, The Winery Dogs, with Billy Sheehan and Richie Kotzen and it ROCKS!

I’ve been wanting to add another section to my site, but for now, I’ll just say, another band has been added to what I’ll call The 20+ Club. Meaning, there are a handful of bands that I’ve seen 20 or more times over the years. On July 12, 2013 Royal Bliss were officially added to that list. Without checking, it’s probably safe to say, they are the one band I’ve seen the most in the shortest amount of time. Thank God they love the Midwest! 😀 Even after 20 shows, I never get tired of seeing them! If they come to your town, do yourself a favor and GO!

In other news, I’ve attended 41 shows so far this year! YOWZA! Apparently I can’t avoid riding the Rock ‘n Roll touring train! HA! I’ve seen SO MANY awesome shows this first half of 2013! I can’t wait to see what the rest of the year holds!

Currently listening to: Rage Against the Machine – “Testify”

LOTS of things have been going on since the beginning of the year. LOTS. As always, my 2013 Concert list continues to grow. I’ve actually covered quite a few shows for Unsung Melody, so be sure and check the links for pics and show reviews. There’s even a couple band member interviews…with more to come!

And for something even more cool…

In the May 2013 issue of GUITAR WORLD magazine, there is a pretty cool ad with a pretty cool photo taken by yours truly! Thanks to Dwayne Crawford of Royal Bliss for the opportunity! 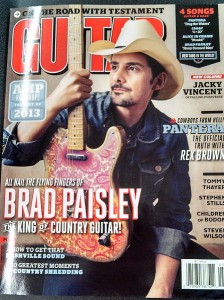 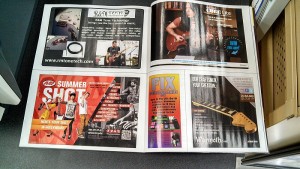 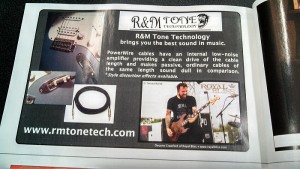 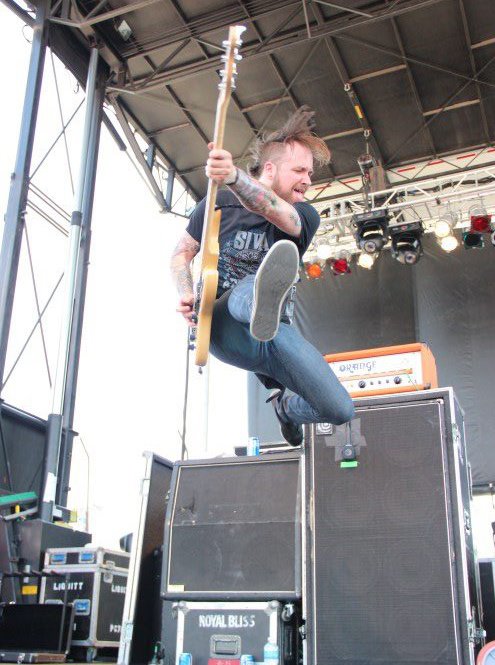