I sat in my seat waiting for the crowd to die down before we left. No reason to rush just to stand and wait for the crowd to disperse. I still could not believe what I had just witnessed. 4 hours, yes, I said 4 hours, of awesome speeches and amazing music from all bands. Truly, something I will never, ever, ever forget. I will say this too, for the most part, every person that inducted a band, it was the right fit. Some of the choices may not have seemed right on paper, but after all the speeches, it was quite clear!

After a few more minutes we left our seats to head out. I asked Brian if he was leaving too. He said he wanted to sit there for a little bit longer. He didn’t want the night to be over. I didn’t blame him.

As we headed out, somehow we were directed out the back entrance. Again with the back entrance!! HAHA All of the shuttles were picking up in the front (ugh!) so we headed around the block to meet up with our friends. When we started to head for one of the shuttle busses we were quickly stopped by police. We were not allowed past that “one point.” WHAT?! ugh…great! Now we had to try and flag down a shuttle bus that was A. not already full and B. actually going to our hotel. It took forever. We passed the time by taking a couple pics but really, we all just wanted to be out of our shoes! haha

Eventually we found a shuttle bus that had room for the four of us. As we walked down the aisle to seats towards the back we spotted someone important in the Metallica world. None other than Cliff Burstein from Q Prime Management.

The first hotel drop-off was the Ritz. There were people everywhere outside the hotel with memorbilia trying to find anyone important that might be staying there. We quickly headed to the next hotel. As Cliff was getting off the bus, Jess yelled out, “Bye Cliff!” He turned back, sort of smiled and waved as if he knew the person that had just said that. HEHE

The last stop was our hotel. Finally, back home. When we got to the lobby there were a lot of Clubbers and their guests milling about. (did I just say milling about? *shakes head*) We also stopped to talk with friends.

Eventually someone came up with the idea to take a group picture. EXCELLENT IDEA! We all headed to the other end of the hotel to stand in front of the fountain (which you cant see because there were so many of us!). Someone that wasn’t part of our monsterous group (a stranger that was in the hotel bar) offered to take the picture. I don’t think he realized when he offered that he was now going to have to take pictures with 20-30 different cameras. It was hysterical! People started hanging their cameras on his arm before they lined up. I had already put mine on his arm when Jess said that it would be a funny picture! Luckily she still had her camera in her hand!

Since he couldn’t hold them all and take pics, one by one he set them down on his left. As he started taking pics, he would put the camera down on his right. What a sight! I don’t think any one picture is the same between different poses or Clubbers jumping in that showed up later. There was even some random stranger in the bar that wanted to be in our picture! Either way, it was a lot of fun.

After everyone’s camera had been used, people started to go off to do their own thing. (hotel bar, bar downtown, back to their room, etc). My group? We were STARVING! At this point I realized the last meal I ate was breakfast around 9:00 a.m.! It was well past 1:00 a.m. but I asked someone at the front desk if any pizza places delivered this late and was given a menu. We headed back to our room, invited a couple friends up and waited for the pizza to arrive. The pizza wasn’t too bad, but it also wasn’t too good either! HAHA Bottom line though, it was nice to just sit around and talk with friends about the night. We went to bed well after 2:00 a.m.

We all slept in on Sunday but were out of the room by Noon. We met up with some Clubber friends in the lobby near the fountain and stayed there a little longer than we should have. Staying later would only cause us to get home later, but again, it was nice to talk with friends about the weekend, Metallica, sports, Buckcherry, etc. 😉

I think it was close to 4:00 p.m. EST time when we all finally left the hotel. We said our good-byes and were on our way. Once we were outside of the downtown area we stopped for gas. I hoped the gas station would have at least one newspaper with an article on the Ceremony. I found two!

I think once we hit Indiana, it pretty much didn’t stop raining. After dropping off Bernadette, then Kim, we headed North to my house. The rain eventually turned into snow! NOOOOO! What a way to cap off a weekend! haha

After giving the family a quick rundown on the Clubber dinner and the main event, I jumped on-line to look for any updates on the catastrophe that had gone down with the ceremony tickets. Boy was it a mess. In the end, I did receive a full refund. $80 of the $150 was sitting in my paypal account by the time I arrived home that Sunday night. The rest was eventually returned, minus some paypal fees I incurred. If I remember correctly, I believe most of the people that had paid for tickets that didn’t receive them eventually had their money returned. Even if they did have to wait awhile.

Now, if you have read this far and are skeptical about Metallica Fan Club members or any other member from a Fan Club, please don’t let this one situation tarnish you as I have not let it tarnish my thoughts on other fans. I’ve been a part of and have seen many situations with Metallica Fan Club members and with fans of other bands that have done whatever they can when they can for fellow fans. Die hard fans, club members, etc of most bands are usually genuine people. At least based on my years on this planet anyway. Quite a few of them I also call my friends.

Looking back to that weekend, all the scrambling and madness is now next to nothing after seeing Metallica inducted into the Rock and Roll Hall of Fame. Their speeches, their performances, the All-Star Jam at the end?!?!?!?!?

Man alive, it was AMAZING.

Thanks to all my dear friends who helped make the weekend what it was. Not only for me, but for some of my friends as well. No matter if you were near or far or if you were there for me during the good times or the bad of that weekend, you truly are awesome people. I’m very proud to call you a friend and am also glad to know you have my back! 😉 After all, that’s what friends do, right?

I end this review with one final thought…

Congrats again to Metallica and all the other artists inducted into the Rock and Roll Hall of Fame in 2009. It’s 24th year. Wow. I can’t wait to see who will be inducted in 3 years. Who knows, I may just make the trip to Cleveland once again!

Rock on people, rock on! 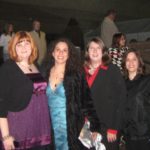 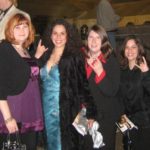 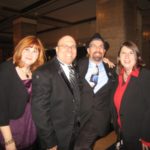 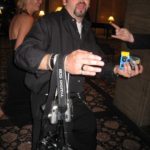 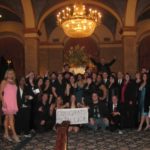 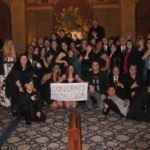 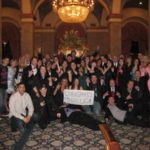 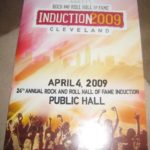 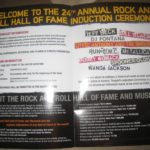 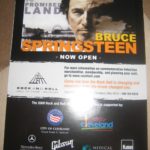 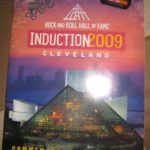 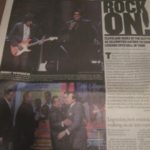 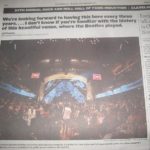 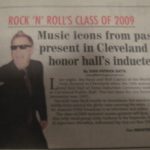