This was the event of my lifetime that I almost didn’t get to witness in person. Thank God for big miracles, smart thinking and great friends.

More on that later.

Way back on January 14, 2009 The Metallica Fan Club announced that Metallica would be inducted into the Rock and Roll Hall of Fame and…

…and for the first time ever, the PUBLIC would be allowed to buy tickets.

The public being…ME! ME! ME!

I guess after 23 years of ceremonies, someone thought it would be a good idea to invite the FANS!

In the performer category, other than Metallica, Jeff Beck, Little Anthony & the Imperials, RUN-DMC, and Bobby Womack were also being inducted.

Later in the month of January, tickets went on sale for Metallica Fan Club members, for Rock Hall Members, and thru Ticketmaster. At the time, I thought I was lucky. A fellow Metallica fan club member I had spoken with/met in person in the past had offered me two tickets prior to them going on sale. Not for free of course, but she apparently had access to a few sets of tickets (she being a Rock Hall Member, living close to the museum itself where tix were being sold, and supposedly her boss was getting some too). From what I understood, she just wanted to share in the wealth so to speak.

Speaking of sharing the wealth…I had planned to invite my long time friend and Metallica partner-in-crime, Kim. I even called her late one evening to spill the AWESOME NEWS!

Needless to say, I was on cloud 9, 10 and 11!! I couldn’t believe it. I was a mere three months away from attending this event! I could NOT contain my excitment. There was much planning to do. And what the hell was I going to wear??

First things first though. I sent money for the tix to be purchased. Most people know I hate waiting, but I didn’t have much choice. I spent my time planning for the rest of the trip and coordinating with other friends that were also going.

Around the middle of March, the presenters were announced:

In the Early Influence category:
Roseanne Cash would be inducting Wanda Jackson

ARE YOU FREAKIN’ KIDDING ME!?

This was going to be A-FREAKIN-MAZING!

Around the beginning to middle of March, I had finally rec’d the Rock and Roll Hall of Fame Commemorative Guidebook and “unique” dog tag. (this was previously made available for a small fee). The guide was cool as it had hotel and restaurant info and maps of the different areas of Cleveland. The Mayor and the President of the museum also had a few words to say. Various articles included were on the museum itself, the voting process, a brief history on all of the 2009 inductees and a list of celebrations leading up to the ceremony.

By the end of March, plans were set. Four of us would be driving to Cleveland early Friday morning and staying downtown at the Cleveland Renaissance Marriott. A Metallica Fan Club member dinner had been planned for Friday night at the Hard Rock Cafe. First thing Saturday morning we planned to tour the Rock and Roll Hall of Fame museum so we could be back in plenty of time to get ready for the Ceremony that evening. Sunday we would be on our way back home. Everything seemed perfect.

We made a few stops along the way but the drive was pretty easy.

While checking in at the hotel I ran into the person I was getting the tix from. She said it had been a crazy day with picking people up from the airport and she had left them at work. Ok fine, understood. We said goodbye and headed to our room to get ready for the Clubber dinner at the Hard Rock Cafe. Our hotel was connected to the mall and the Hard Rock was also connected to the mall. That made for easy walking to dinner.

Now, while there were a few Clubbers we knew from going to Metallica shows over the years, there were also a lot of people we didnt know. I think there were about 75 total in this smaller private area of the restaurant. It was awesome to have our own little room! Metallica videos were exclusively played on the TVs for us as well. AWESOME!

We spotted a table and headed over. Two friends, Brent and Bryan, also sat with us. All of the tables had martini glasses filled with customized M&M’s. Kim also found the surprise buried inside the glass! A Metallica guitar pick! Some of the tables also had that day’s issue of the Plain Dealer newspaper. I quickly snagged one of those as well since Metallica was on the cover!

For dinner we had a choice of ribs, salmon, NY strip, BBQ chicken or Twisted Mac & Cheese. All meals included various sides, non-alcoholic beverages and dessert. Everything was quite tasty. All 5 of us had a great time sitting around talking. At some point during dinner, everyone in the room started to sing along to the Metallica videos playing. It’s hard to explain exactly how it sounded, but it was so cool to hear everyone in the room singing along. What a great time! Off and on during the night various Clubbers would get up and walk around the room to other tables to say hi, talk with old friends or meet new ones. There was also a raffle for various “cool” Metallica merchandise. No one at our table won anything. Oh well.

At some point I had gotten up to talk to some other Clubbers and spotted the person who I was getting my tix from. We talked briefly again and we agreed to meet at the Rock Hall museum in the morning to exchange for the tix since she never had a chance to get back to work before the dinner. Sometime between 10:30-11:00p.m. we paid our bill and headed upstairs. A band was already playing so we checked them out for a little bit. Well, the others checked them out while I walked around looking at more memorabilia!

I think it was after 11p.m. when Kim had the idea of stalking the band at the Ritz Carlton, which just so happened to be on the other side of the mall from where we were standing. Yes, I too thought it was weird that the Ritz had an entrance INSIDE the mall! We had no clue if any of the band were actually staying there, but the 5 of us headed over to the elevator to find the the hotel bar. We ordered some drinks and sat down to hang out. It wasn’t too long before a Metallica song was played between the majority of the 80’s Top 40 songs! After the first few notes of the song started, we thought our odds might be a little better! HAHA We stayed for a little while but never spotted anyone. We walked back thru the mall and back to our hotel. We stayed up for a couple hours chatting with friends. Good times. Good times. 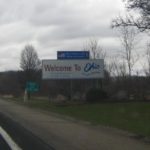 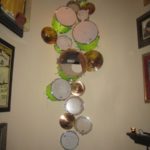 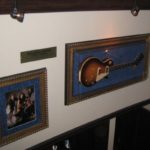 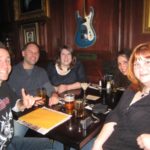 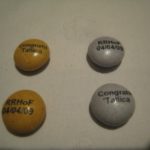 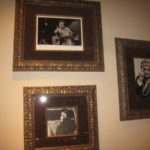 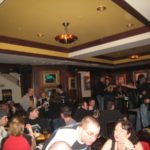 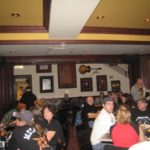 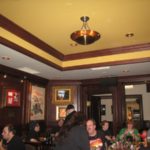 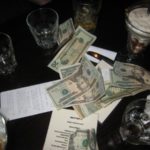 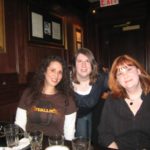 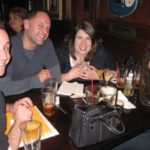 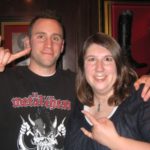 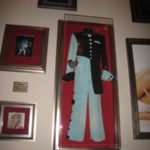 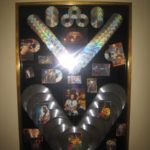 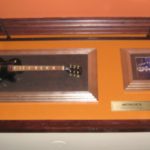 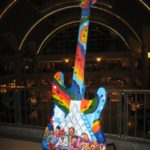 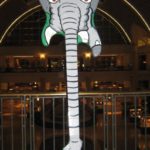 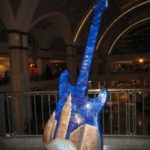 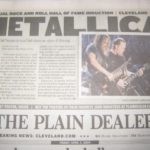 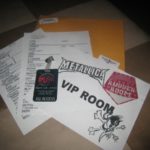