Skip to content
Home Updates 2022 Updates May 12, 1992: Happy 30th to The Southern Harmony and Musical Companion

May 12, 1992: Happy 30th to The Southern Harmony and Musical Companion

On This Day, May 12, 1992, 30 years ago, The Black Crowes released The Southern Harmony and Musical Companion. What an amazing album. For a long time, I would always say my fave Crowes albums were based on the order they were released. However, 15 or so years ago, I realized my super fave truly was Southern Harmony.

I discovered the band with their first album, Shake Your Money Maker, so when their 2nd album was released, I was already fully on board the Crowes train.

I wouldn’t see the band live until 1995. (Yes, I’m still bitter about not getting into that secret O.D. Jubilee Band show at Metro in Chicago in 1994. “Why did they have to start the line across the street?!” As a result of moving the line to the same side of the street as the venue, we lost our place in line due to people running or cutting in line. We ended up at the end of the block, opposite the entrance, towards Wrigley. I never thought I had a chance, so we left. Oh well.)

However, I attended 37 shows between 1995 and 2013, and I have been fortunate to hear the majority of the songs from SHAMC many times. Because LIVE is usually the best way to hear songs and since I like stats…. shall we?

*Thorn In My Pride – 25 times live (2nd most from this album and while I know some people got tired of this song live, there is no denying that jammy power)

*Hotel Illness – 14 times live (Want to get a Chicago crowd jumpin’? Play this. Every time was magical including witnessing that fantastic guitar playing.)

*No Speak No Slave – 13 times live (MORE. FUNKY. GOODNESS. Every time was glorious, especially when played in the same set as Hotel Illness)

*My Morning Song – 17 times live (Heard this at my very first Crowes show 3/10/1995 + 16 more times and it’s my all time fave Crowes song overall. I don’t know what it is about this song, but damn, those opening notes and that first line gets me every time, “Dizzy found me last night…”

When it gets to the part in the song where the lyrics slow down and it leads to the most amazing gradual build up in a song? Live is the BEST way to enjoy this one!

“If music got to free your mind
Just let it go cause you never know, you never know
If your rhythm ever falls out of time
You can bring it to me and I will make it alright

B-Sides:
*Darling of the Underground Press – 2 times live (Great song live. Fun fact, I heard this song at a show in St. Louis and again in Milwaukee, but not IL)

Records and Promo items
There was a stretch of time when I found great deals on Black Crowes related items on eBay (SCORE one, two, three or more for me.) One particular year was special because I won a bid on my birthday, for The Southern Harmony and Musical Companion promo hymnal. I searched for this for what felt like forever but it was always more than I was willing to pay. Talk about a great present!

Designed to look like an old Baptist hymnal, the forward/introduction is by Terry Southern. There is a section titled: Just One Verse from a Southern Place by Christopher Robinson. Other sections under, Chris Robinson Talks About the Black Crowes: The Background, The Title, The Recording, The Band, The Brothers, The Attitude, The Controversies, Overnight Success, The Tour. There are music and lyric pages for 9 songs, which look like they are straight from an old hymnal. This book is one of my most fave Crowes pieces. 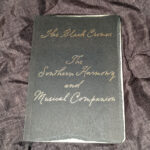 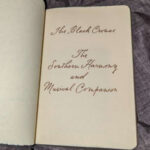 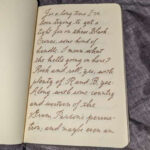 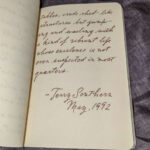 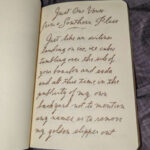 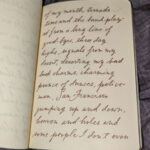 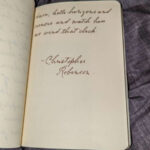 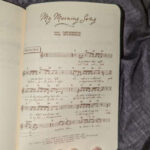 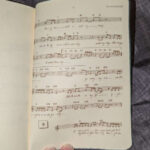 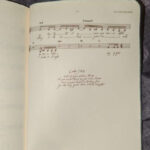 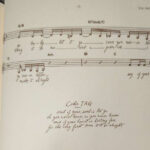 I also have a 12″ Remedy single in collectible metal tin. This is a UK Import from 1992 (Side A: Remedy / Side B: 1. Darling of the Underground Press 2. Time Will Tell) 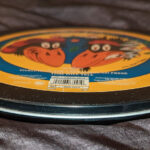 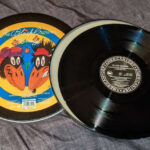 Hotel Illness was released as a Limited Edition 12″ clear vinyl record and included a 1993 Black Crowes Calendar (Side A: Hotel Illness / Side B: Words You Throw Away / Rainy Day Women No. 12 & No. 35) 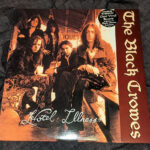 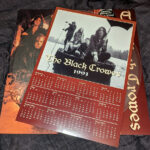 Regarding 7″ record releases, I love picture sleeves. My fave cover of the ones in the collage shown below would have to be with Chris holding the spoon of medicine. However, etched vinyl is always cool! You may recognize the two Crowe heads on B-side of Remedy w/ Darling of the Underground Press. 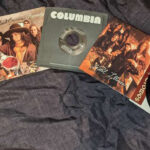 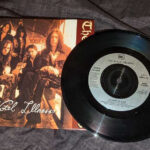 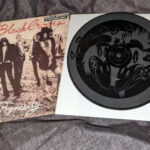 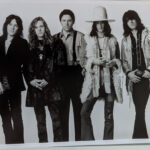 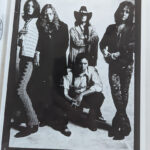 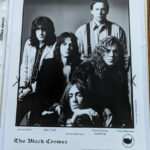