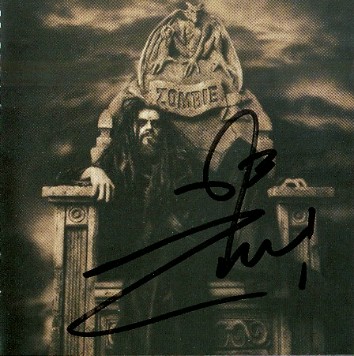 When I found out Rob Zombie and band were doing an in-store near me for “The Sinister Urge” I couldn’t have been happier. You see, in 1998, Rob did an in-store for “Hellbilly Deluxe” but I was going to be in Colorado at the same time. However, a friend was going and offered to take my CD booklet in case they were allowing more than one thing to be signed and they DID! 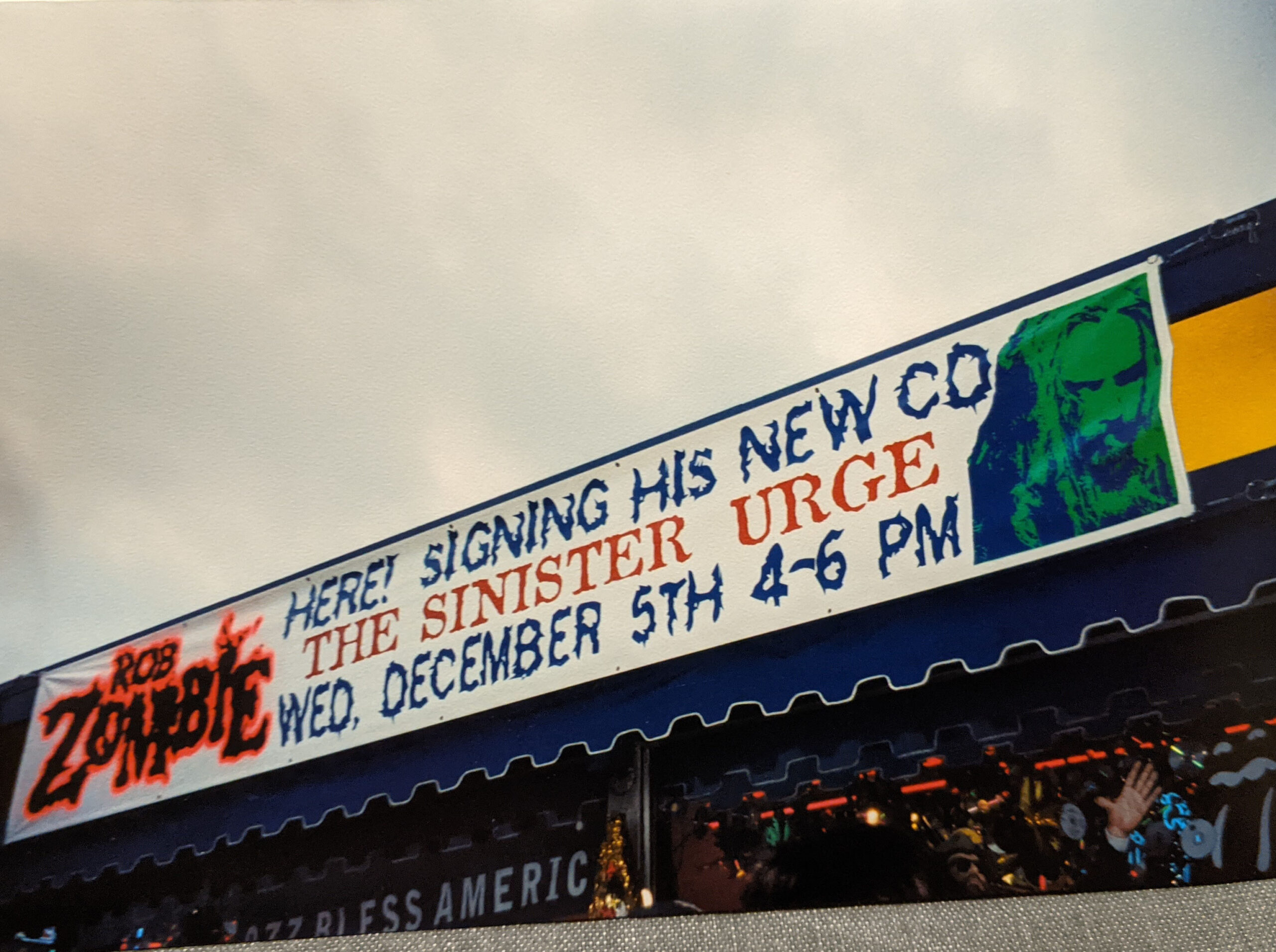 My friend Kim and I got in line early and waited with many, many, many other people. I always heard from others that met Rob that he was one of the nicest, most down to earth people ever. Well, they were telling the truth. Rob was SO laid back and also very sincere. But I’m getting ahead of myself here.

As we got closer to the door, I was getting a little nervous. More nervous than when I met Ozzy a couple months before! Go figure, right? We were told NO PICTURES and we could only have 2 things signed. I brought with me “Astro Creep” on blue vinyl, The Sinister Urge CD booklet, the DRAGULA license plate from the front of my husband’s truck and the album promo poster. I planned to have the vinyl and CD booklet signed. I thought about having the plate signed but then I figured someone might steal it off the truck! I decided to just show it to him.

Once we made it through the door we could see Rob (who was standing) and the rest of the band sitting at a table. There were also skulls and skeletons all around. Not long after the meet and greet started we saw flashes. IT WAS ON! Kim and I exchanged cameras and Kim went through the line first. I took a picture of her and Rob. 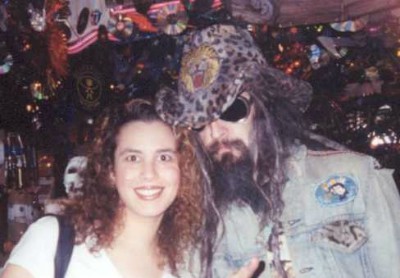 OMG! It was now my turn and I was still so nervous. Since you don’t normally get a lot of time to say “that thing you want to say” at in-stores and I usually forgot what I had planned to say anyway, I quickly blurted out some jumbled words, asked for a picture, had him sign my “Astro Creep” blue vinyl (he asked, “On the vinyl?” and I said, yes) and the new CD. 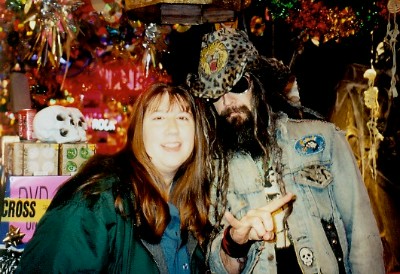 Me and Rob Zombie 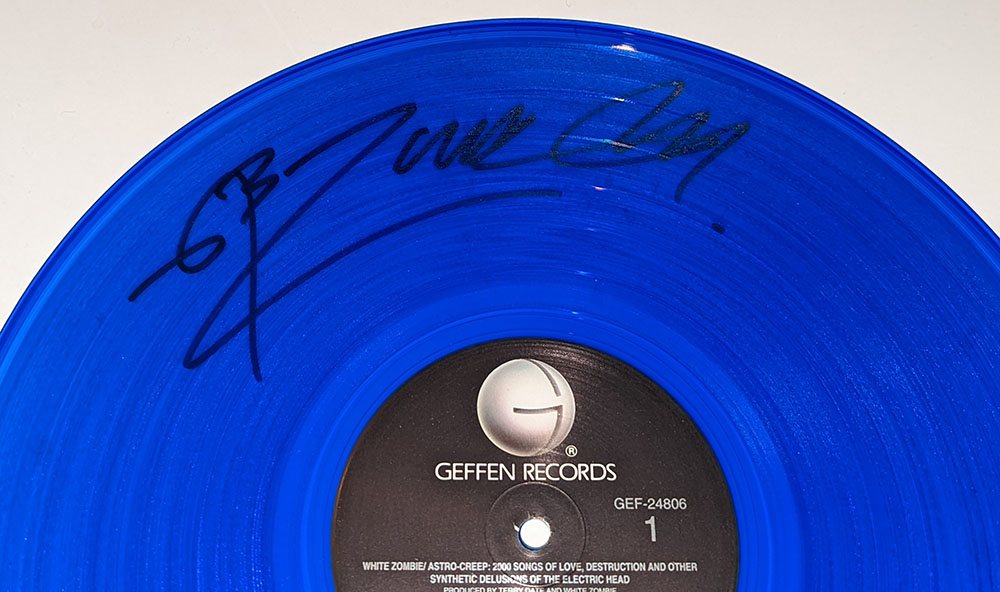 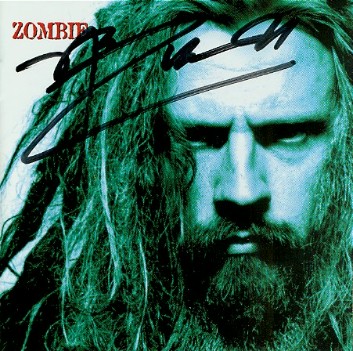 I moved down the line and met Tempesta, Riggs and Blasko. I was just as excited to meet them as I was Rob. They all made great music and put on a hell of a show! They all signed the CD (on the group band page instead of their own page like I had Rob!! ugh haha) and I had Tempesta sign the vinyl too. I got behind the table and had Kim take a picture of me with the guys. That picture looks horrible so it has been burned! Haha 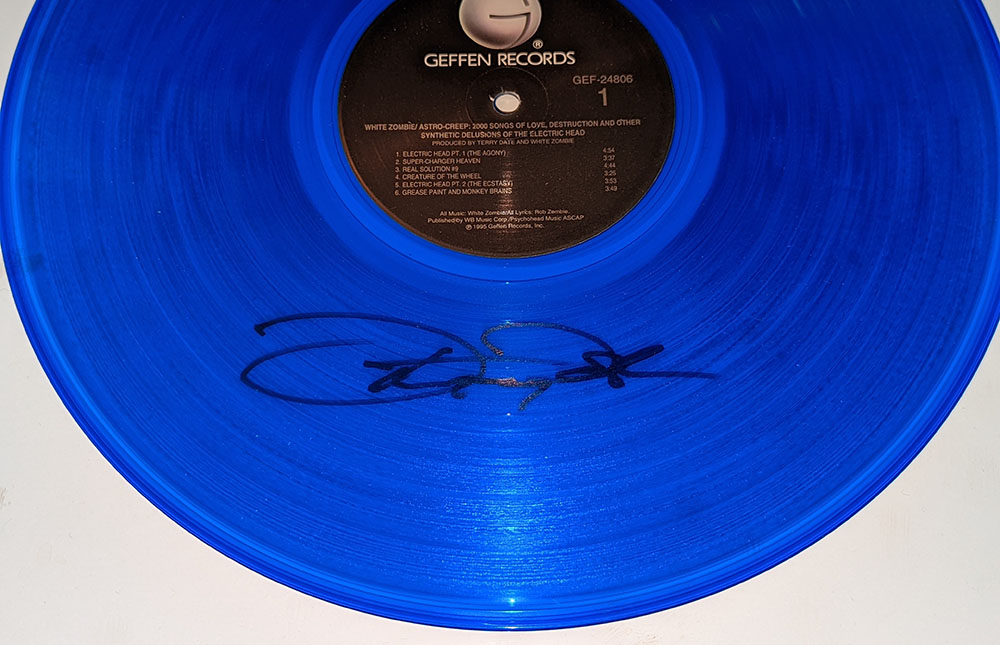 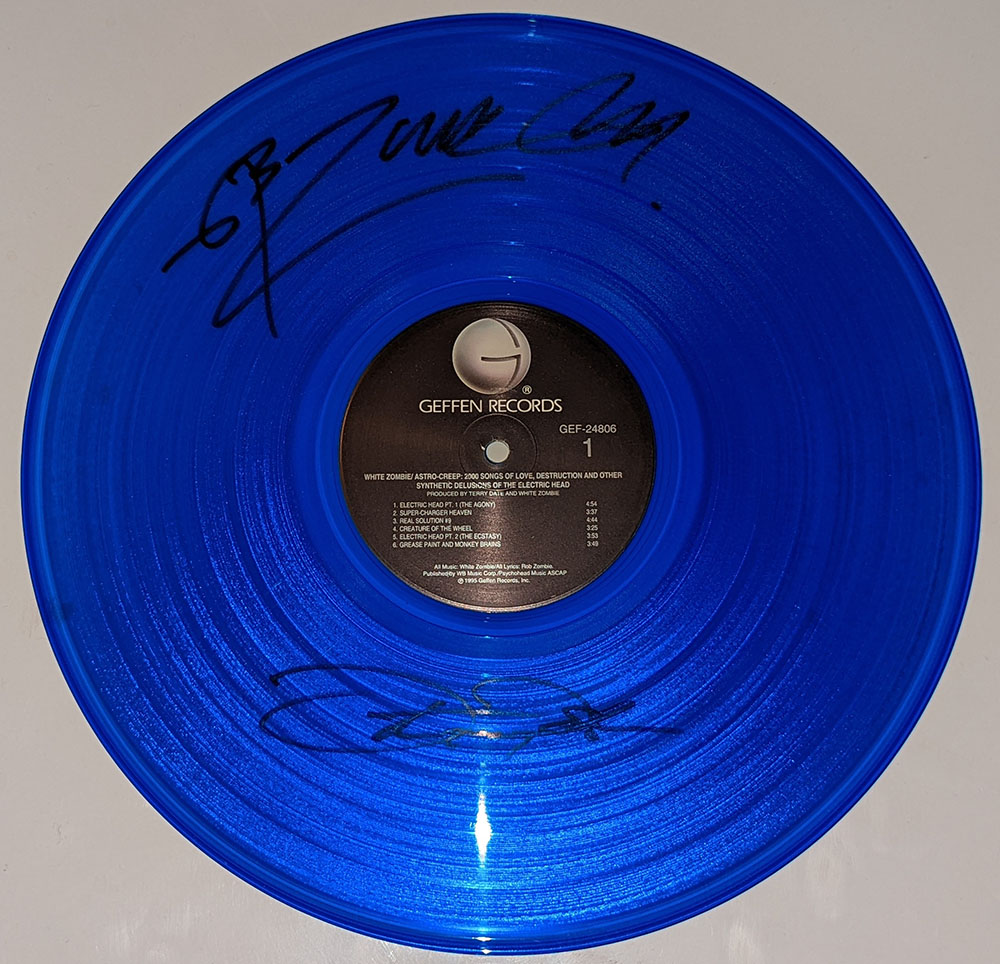 At one point, Riggs commented on Tempesta’s SHORT hair on the sleeve of the Astro Creep album, but John didn’t think it was very funny. I started walking away from the table when I realized I forgot to show Rob something. I had Kim watch my stuff and I walked back over to the table. I told the “official” looking guy that I had forgotten to show Rob something and asked if I could sneak in really quick to show him. He asked what it was and I showed him the plate. He nodded yes.

Again, I was quickly rambling with my words but told Rob, in all my excitement I had forgotten to show him something. I told him my husband had surprised me with a license plate for our truck and then showed him the DRAGULA license plate. He commented that he had never seen that before. I told him we were surprised when we got it too. I said thanks and then did the dorkiest thing ever. As I walked past the table with the plate facing the band, I bent my knees a little and kind of bounced up and down as I was walking by.

There was so much more I wish I could have said to Rob, but oh well. Maybe another time, right? When I got home that night, I had a dream that I met Rob and the rest of the band after the concert and in my dream I was able to tell him everything I had wanted to in real life. Pretty wild, eh?

Promo poster I brought with me, but didn’t have signed. 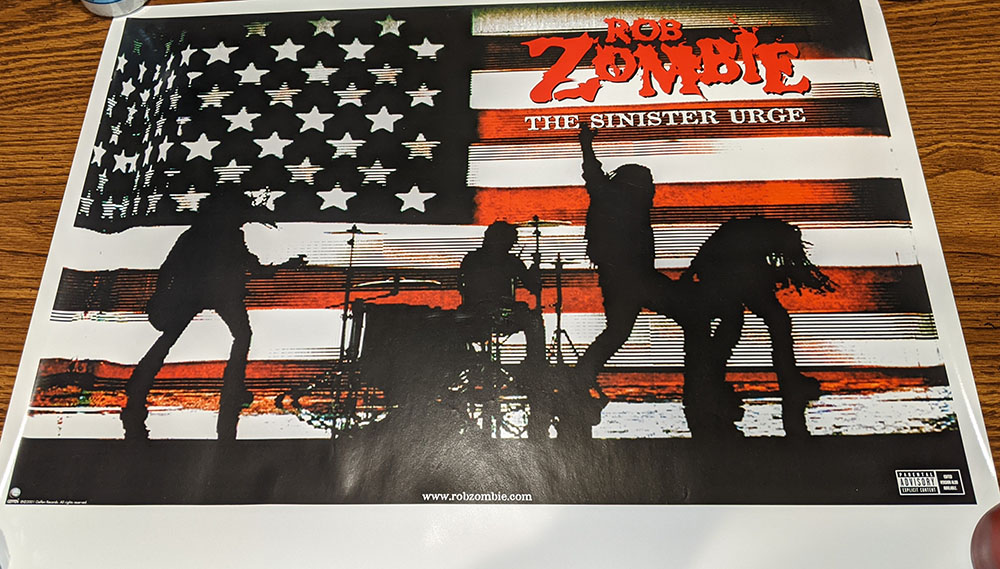 Dragula plate that was on my husband’s truck at the time (several years later we sold the truck and had to give up the plate). I had Rob sign it when I met him in November 2009.