This was the show that started it all. I didn’t know it at the time, but this show kicked off what turned out to be the joy of meeting many more bands over the years.

I had never heard of the opening band, Hair of the Dog, but they came out and rocked the place. The floor of the HOB was JAM PACKED with people. I felt like a sardine because you could hardly move. However, we were dead center about second row from the stage. (we being my Aunt and my friends Charlene and Flynn.) Cinderella came out and played an Amazing set!! Although we could have done without Tom’s sweat all over us! haha I have been a fan since the beginning and seeing them live…well, nothing can ever replace that.

Our infamous “title” of Tom Keifer was born at this show too. A “Tom Keifer” is that annoying fan who constantly yells out a band member’s name throughout the entire show. This person also constantly tries to reach for said band member with no regard to the heads of those around him. My Aunt was constantly getting hit in the head with this person’s arm. VERY ANNOYING. FYI – I can guarantee you, there will always be a “Tom Keifer” at any show you attend. haha

After Cinderella left the stage, we headed back to the merch table and were able to meet HOTD. They were ALL very nice. At the time I only had so much money on me and could not purchase their CD. Not long after that I bought one through their website and asked the band to sign it before it was mailed to me. Well guess what? They all did!! Very cool.

We headed back towards the side of the stage in hopes of Charlene finding Eric. He spotted her and we were able to meet and hang out with Cinderella after the show. While waiting backstage we met Fred first. I spoke with him for a little bit. He asked for my name and wrote it on the CD before he signed his name. He was very nice. After a while of just standing around (we had no idea where to go), he directed us up 4 flights of stairs! Where was the elevator? haha

We were then huddled into a narrow, hot, dim hallway with others. Soon Tom came walking through. I thought this was my only chance so I asked him to sign my CD practically in the dark. After what seemed like forever, we were moved into another room. The band was hanging out and talking with people. Well except for Tom who was having problems with his throat and couldn’t talk.

We sat around for a while before I got up the nerve to speak with Jeff and then Eric. I told them both “the usual” and had them sign my CD and took pictures. I found Fred again and took a picture with him since I hadn’t when we were downstairs. And last but not least, I spoke with Tom. Well, he just nodded and smiled but still. It was so awesome to meet the man behind all of my favorite songs. 🙂 Since he had already signed my CD, we took a picture.

We stayed until 2a.m. when the venue kicked everyone out. Much thanks to Charlene and Cinderella for a very enjoyable night! 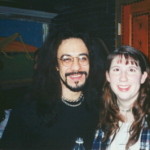 Jeff LaBar and me 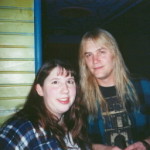 Me and Eric Brittingham (both sporting the "ever popular" flannel shirt, right Charlene? hehe) 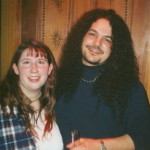 Me and Fred Coury 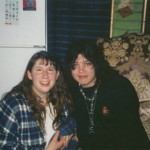 Me and Tom Keifer 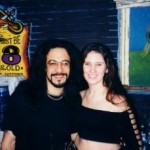 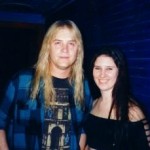 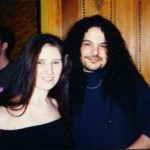 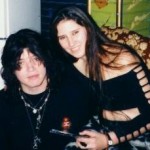 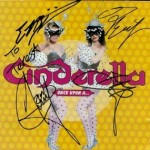