Currently listening to: TV is on on the other room…waiting for OT to start for Game 6 of the Blackhawks vs Wild Stanley Cup Playoffs!

Approx 11 days ago I found out I was approved to shoot one of my fave festivals of all time for Unsung Melody. Hell, I’ve been every year since it started in 2007, so maybe fave isn’t a strong enough word 😀

Either way…I will have access to shoot all 3 stages this year at Rock on the Range!

To say I’m excited is a bit of an understatement. This year there are 60 bands playing 3 stages over 3 days. If all works out, I could realistically see half the bands playing.

Yes. It IS insane. So, as long as I don’t drop dead somewhere Saturday night…there will be plenty of photos to share!

Oh and the BLACKHAWKS WON! WOO!!

On April 22, Gibson.com posted an interview with Taylor Richards from Royal Bliss. Why am I telling you this? Well, two of my photos of Taylor were used in that article. Check it out here and note that photo credit at the bottom of the article 🙂 Pretty damn cool! 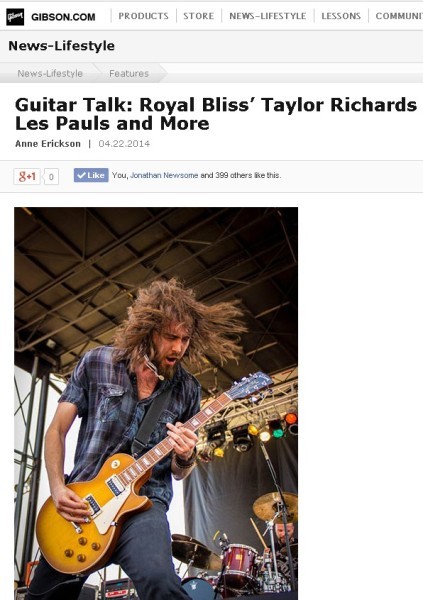 Not too long ago I attended my *cough*22nd*cough* Buckcherry show (since 2001). It wasn’t just any show though as I was there to review the show for Unsung Melody as well as conduct an interview with Keith Nelson. I previously tried to coordinate an interview with him at last year’s Harley Davidson 110th anniversary but that didn’t work out. However, he mentioned he’d be down for one in the future…so here we are.

Needless to say, I had a great time interviewing one of my fave guitar players. Hopefully you’ll enjoy it as well. Oh and heads up…he gives a teeny tiny bit of info on not one, but two upcoming Buckcherry releases that I, for one, am VERY excited to hear for myself! Check out the interview here. Oh and while you’re there…be sure and read the show review. 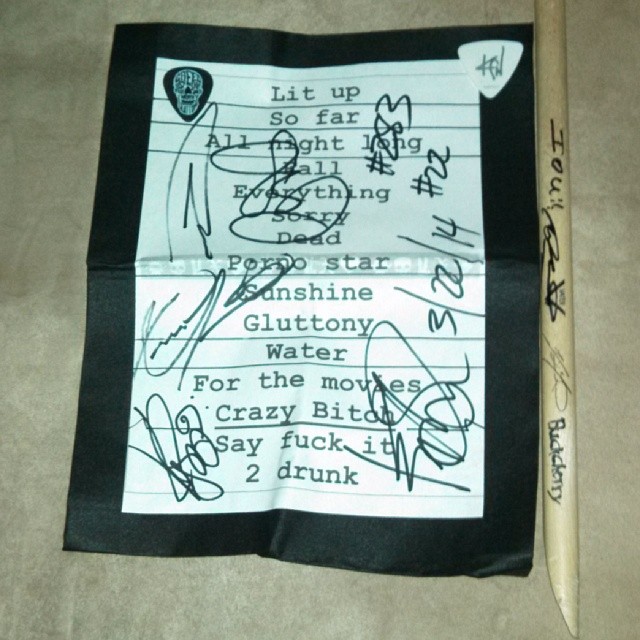 I also saw a band I have never seen live before, The Virginmarys, and BOY was I blown away with their set! EVERY one of these songs is on their CD and EVERY song is AWESOME!! 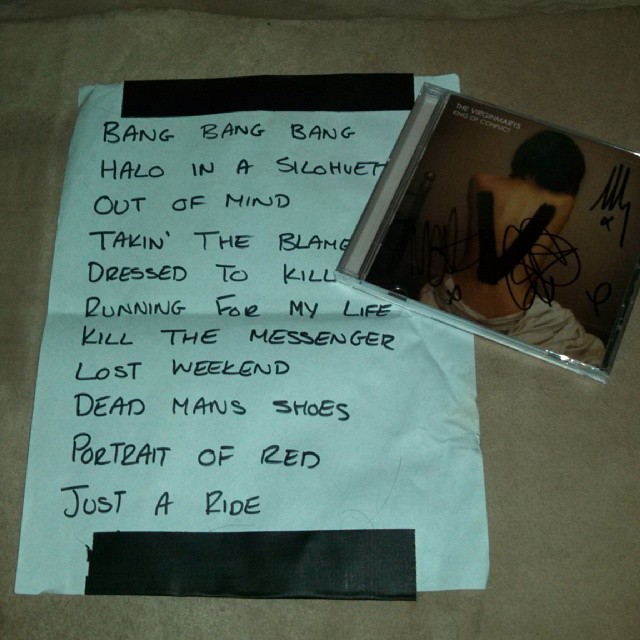 As an added bonus, I also covered the show for UnsungMelody. Read my review here. I also interviewed Keith Nelson. Find that here.

Recently, I had a pretty cool thing happen. Due to working with the Unsung Melody website, I had the extreme pleasure of interviewing all of Royal Bliss. See, their new album Chasing the Sun was released on Feb 18 and after listening to it several times that night, my mind was racing with how awesome each and every song was. Based on the liner notes, I realized all of them had some level of input and that’s when the idea of interviewing the entire band popped into my head. I figured the only way I was actually going to be able to fall asleep was to send in my interview request. So at 1am, I did just that.

Fast forward to the next morning and my interview had been confirmed. WOO! Four days after the release, I sat down with Neal Middleton, Taylor Richards, Jake Smith and Dwayne Crawford to discuss the making of the album. You can read or listen to that hour long conversation here.

For those that know me, it’s no surprise how much I like Royal Bliss. Hell, when I first saw them open for another band back in 2009, I ending up seeing them live 5 times that year! This band deserves every bit of fame, recognition, what have you, that they get. To be honest, and I’ve said it from the very beginning…I don’t know why this band hasn’t sky-rocketed to the top! Until then, I will do everything I can to spread the Bliss.

I really hope if you stumble across my site that you will take the time to listen to them. Oh and here’s a quick link to their album Chasing the Sun: iTunes or Amazon. If a live show is more your thing, find a tour date and pick up the album in person!

If by chance Royal Bliss is not your cup of Rock ‘n Roll tea, then by all means, find a band and support them.

Music makes the world go ’round…and thank God for that!

Currently listening to: Green Day – Dookie (much to my surprise, this was released 20 years ago today!)

It still blows my mind when I think about it. Check out my insane 2013 Concert List that includes reviews, pics and a few band member interviews. I def saw some AMAZING shows last year!

My last show of 2013 was on Nov 29 and I didn’t attend another show for 2 months. Not going to lie, for a good month or so I couldn’t shake the feeling like I had somewhere to be. haha

I covered my first show of 2014 for Unsung Melody. I jokingly thought, “Do I even remember how to shoot?” Once back in front of the stage though, I immediately felt at ease. Break? What break? 😉 In fact, I should be finishing up the review and pics as I type this. Shhh…

In case you hadn’t heard, Shaun White (yes, snowboarder/skateboarder/Olympian Shaun White) is in a band called Bad Things. Their self-titled album was released in January. Check it out, pick it up and check out a show if they come to your town. *fingers crossed* dates are released after the Olympics.

Other new releases in January include:
*Metallica Through The Never (DVD, Blu-ray, etc)
*Smith & Myers – Acoustic Sessions (iTunes or Mp3)

The list of bands coming through my area during the first couple months of 2014 is getting longer. Other new releases are slowing starting to pop up as well (Black Label Society, Marc Ford, Sevendust acoustic). Although, the one I’m really waiting for is Chasing the Sun by Royal Bliss, available Feb 18. Check out their site for tour dates and get to a show. You won’t regret it!

Oh and in case you missed it, Motley Crue held a press conference on Jan 28 and announced their Final Tour EVER! U.S. Dates on sale today.